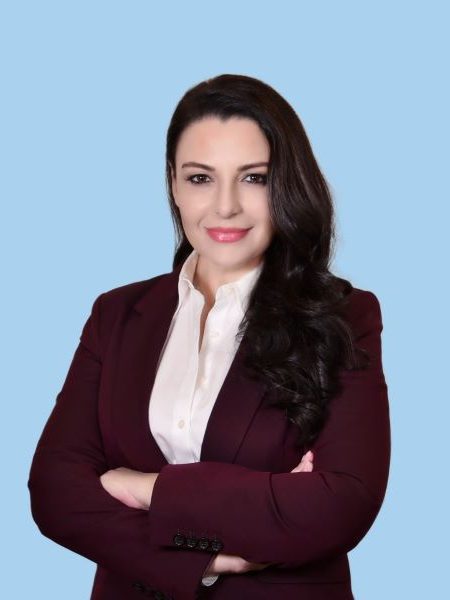 Mrs. Belinda Balluku is Minister of Infrastructure and Energy as of January 2019. In the Parliamentary Elections of 2021, Mrs. Balluku was elected MP of the Tirana Region.Prior  to being appointed as Minister of Infrastructure and Energy, she was the General Director of ALBCONTROL, JSC, the National Air Navigation Agency of the Republic of Albania (2013-19)

She graduated with honors in the General Diploma of Management, in Miami, USA. She holds a law degree and in 1999 graduated from the Athens Institute of Technology, Department of Business Administration. Mrs. Balluku has a variety of other qualifications in areas of aviation security, telecommunications, human resources, local government management and in leading social institutions.

Contributions of Mrs. Balluku in the field of Albanian aviation has been continuously praised by international partners. She has promoted excellent cooperation with neighboring agencies and the integration of ALBCONTROL in European organizations. Mrs. Balluku also has extensive experience in the field of telecommunications, where she worked in November 2000, immediately after the largest state-owned mobile phone company AMC, now ONE Telecommunications was privatized.

Mrs. Balluku held senior management positions, initially as Director of Customer Care, where she established for the first time in Albania the Call Center service, and then Director of Marketing. During this dynamic period for AMC, Ms. Balluku has been part of the decision-making board.

In 2004, Mrs. Balluku joined the staff of the Municipality of Tirana, initially as a Public Relations Advisor and later as Director of the Mayor’s Cabinet. During this period, she led the development of communication strategies with the public and the media.

She has been an active part of creating the reception interface and has subsequently successfully managed the coordination between the mayor and the executive directorates of the Municipality of Tirana.

Since 2006, Mrs. Balluku has been a vital part of the Socialist Party. Mrs. Balluku has constantly contributed in social awareness and responsibility campaigns by attending community projects and initiatives.

All sessions by H.E. Belinda Balluku